Based at fabulous country house hotel, just to the south of Bath, this 4 night/3 day tour will explore the lovely county of Somerset, with brief forays into Wiltshire and Dorset.

Visit the famed Georgian city of Bath, with its beautiful honey-coloured architecture, delightful shops and cafes, and genteel ambience. Drive through some beautiful little towns and villages, many of which are picture-postcard idyllic, such as Wells or Castle Cary. Enjoy strolling around some exquisite gardens including Kilver Court & Barrington Court, discovering National Trust properties such as Montacute or Lytes Cary, driving the sensational Cheddar Gorge, and enjoy a tour of the Haynes International Motor Museum.

Highlights of the Bath & Somerset Tour 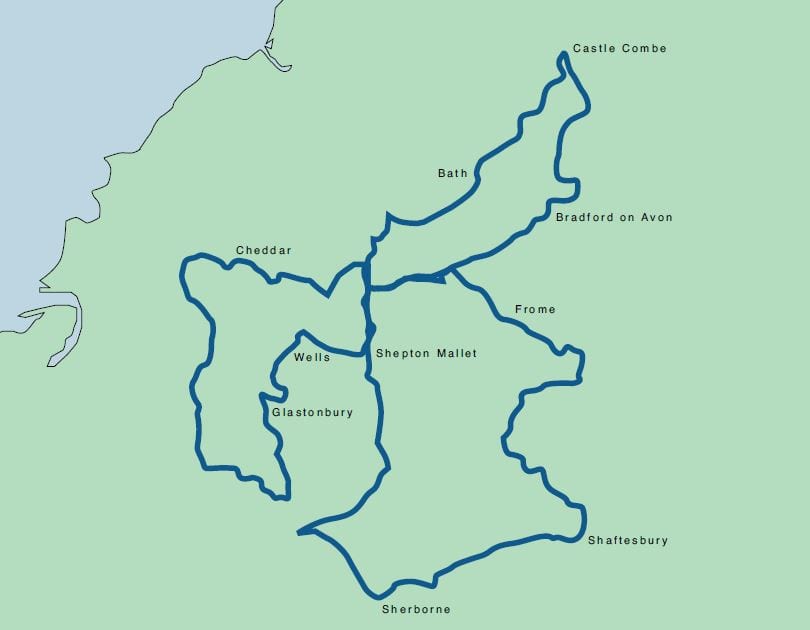 Arrive at the hotel – check-in is from 3pm onwards. 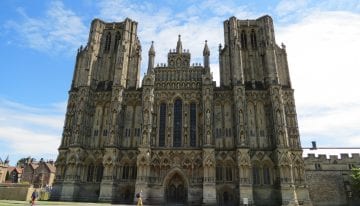 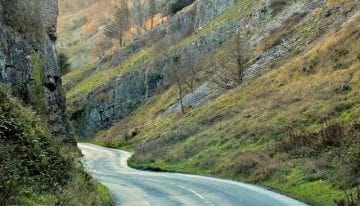 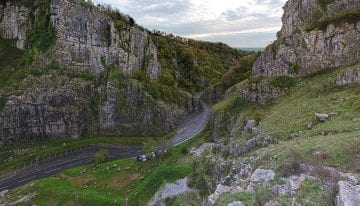 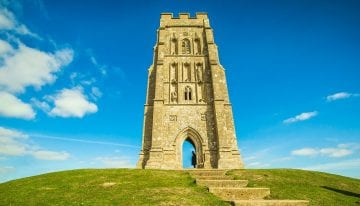 A circular tour to the west starting with the market town of Shepton Mallet. Enjoy a stroll around the beautiful gardens at Kilver Court and indulge in some shopping at the superb Designer Village, and then reward yourself with coffee at one of the superb cafes.

Continue on to Wells, England’s smallest city, and an unspoilt medieval gem. The city is particularly known for its fine 12th-century cathedral, and the magnificent west front is one of the largest galleries of medieval sculpture anywhere in the world. Wells has been a sacred site, beside the springs of fresh water, for over 1000 years. Next to the cathedral is the Bishop’s Palace, home and office to the Bishops of Bath & Wells for over 800 years.

Head south to Glastonbury, England’s cradle of Christianity, to discover the stories, legends and myths amid the romantic ruins of the Abbey. Glastonbury claims to be one of the places visited by Christ, with his uncle Joseph of Arimathea. It is also the legendary burial place of King Arthur – so there are plenty of historical tales to learn.

Visit Stembridge Tower Mill, the last remaining thatched windmill in the country. Then drive across the Somerset Levels to the charming market town of Axbridge at the foot of the Mendip Hills. From here it’s a short journey to Cheddar, home of the world’s most famous cheese.

Visit the Cheddar Gorge Cheese Company to see how the cheese is made. Then enjoy a spirited drive to explore Britain’s biggest gorge, the Cheddar Gorge, past the dramatic cliffs rising 450ft above the stunning stalactite caverns. The first section leaving Cheddar is the most demanding. The scenery is stunning with massive cliff faces on either side of the road. It’s also full of tight, twisty sections where the route has been dictated by the geography of the gorge. Placement of your car through the corners is vital and as there are few overtaking opportunities agility is more valuable than outright power. After four miles or so you’ll exit the gorge and begin the second section. Rocks are replaced by trees and the tight turns loosen up, turning hairpins into long sweeping bends. Return to the hotel. 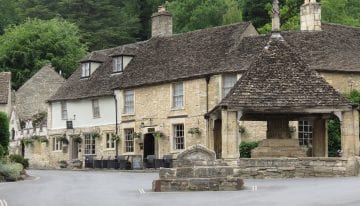 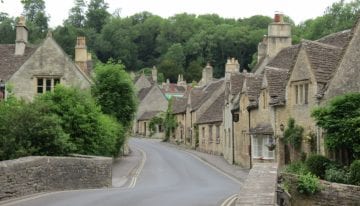 Drive north today, first to visit the gorgeous city of Bath. It would be easy to spend an entire day (or few days) in Bath as there is much to see and do. But at the very least see the gracious Royal Crescent or stop and see the famed Roman Baths and Pump Room. Leave Bath behind and head on to Colerne and then the pretty village of Castle Combe, which makes an ideal lunch stop. The lanes wind round to the gorgeous village of Biddestone and then onto Great Chalfield to see the beautiful 15th century moated Manor House with oriel windows (National Trust). Then onto Holt and Courts Garden – a delightful English country garden.

Bradford on Avon enjoys its unique position on the edge of the Cotswolds facing the River Avon. The ancient bridge in the centre of the town remains its natural focus and the bridge still retains two of its original 13th-century arches. The historical view from the main bridge incorporates the hill above the town which is dotted with the old weavers’ cottages and the river bank flanked with the 19th-century former cloth mills. The town is sometimes described as a ‘mini-Bath’ – but this captures only a fraction of the charm and variety of this unique place – an architectural treasure chest. Its handsome public buildings and places of worship and its ancient alleyways and modern estates reflect the town’s development from Iron Age settlement to 21st-century working town. Winding through it all is the River Avon – from the weir at Greenland Mill through the centre of the town, where the Saxons drove their carts across the ‘broad ford’ that gave the early settlement its name, and on past Barton Farm, the magnificent 14th-century Tithe Barn and the country park towards Bath, Bristol and the sea.

Visit Westwood Manor, another beautiful 15th century stone manor house before continuing to Farleigh Hungerford with its ruined castle and fascinating tales of the Hungerford family. Return to the hotel.

Leave the hotel and head south, passing through Shepton Mallet again and on to Lytes Cary Manor, an intimate medieval manor house (National Trust) with a beautiful Arts and Crafts garden. Originally the family home of Henry Lyte, where he translated the unique Niewe Herbal book on herbal remedies, Lytes Cary was then lovingly restored in the 20th century by Sir Walter Jenner.

Then drive to Mulcheney Abbey, just south of Langport, and once a wealthy Benedictine house, along with the beautiful medieval Priest’s House. From there it’s on to Barrington Court, a Tudor manor house free from any collections or furniture. Barrington was also used as one of the filming locations for Wolf Hall. Head briefly into the market town of Ilminster, and then south to Dawlish Wake and the Perry Cider Mills & Museum.

Continue south, crossing into Dorset, passing Cricket St Thomas (location for To The Manor Born) and onto the exquisite Forde Abbey. Forde Abbey is a privately-owned 12th century Cistercian Abbey, famed for its garden, arboretum and house.

The ancient former market town of Crewkerne gained some beautiful buildings thanks to the late-medieval boom in the wool industry and then rejuvenated in the 18th century with locally-grown flax, used to make sailcloth and canvas, including sails for HMS Victory. Drive through villages constructed of the warm, honey-coloured Ham stone, such as Norton-sub-Hamdon, where much of it was quarried, to the masterpiece of Elizabethan Renaissance architecture, Montacute House, completed in 1601. With its towering walls of glass, the glow of ham stone, and its surrounding gardens it is a place of beauty and wonder. Beautiful gardens also surround the house, and this was one of the main locations for the filming of Wolf Hall.

Pass through the market town of Yeovil, and a little further north is the Haynes Motor Museum, with over 400 vehicles beautifully displayed, dating from 1885 to the present day. Then wind your way northwards, through the lovely towns of Castle Cary and Bruton, back to the hotel.

After a hearty breakfast depart for home.

We are carefully researching a suitable new hotel as a luxurious and comfortable base for this tour.

Classic Travelling was established in 2003 and offers motoring holidays and driving tours for classic, vintage and sports cars of all ages. We have Accompanied Small Group Tours for between 10 and 20 cars on set dates throughout the year. Our Independent Tours are for drivers who wish to travel at any time to suit, either on their own, or with a group of friends or a club.
Menu